Review of Matches Made in Heaven authored by Sundari Venkatraman 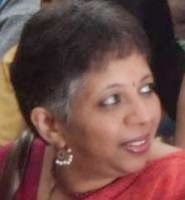 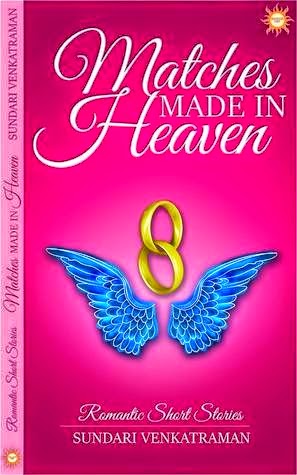 Sundari is an established best selling Indian romance author with four novels to her credit already, however this is her first collection of short stories. She covers a vast vista in this book of 13 short stories: we travel from Patna to Delhi to Rajasthan to name just a few places and we even get a taste of Mythology.

She has shown much versatility in changing the narrator throughout her book. Sometimes it is told from the girl’s point of view, sometimes from the boys and we even have a friend telling us a story. Sundari’s stories are set in Indian culture and this is supported by the recurring theme of pressure from the parents to get married and the wont to set up arranged matches. However then Ms Venkatraman breaks the mould of traditional India, as all her heroines have voices and they want to use it. It doesn’t matter if the story is set in rural India or in New York most of the heroines are feisty ladies who know what they want and will not bow willingly to pressure. If they are not that in the beginning, they become that. Kudos to Sundari for this.

The good thing about an anthology is that even though you have some stories you like better than others, there is usually something in it for everyone. Sundari has covered all the bases with this book and I did enjoy reading it. It is interesting to see her journey as an author through this collection which I am sure has been written over a period of time in her life. Some of them displaying more complexity and subtlety in their narration and plot than others; for example ‘Pappa’s Girl’ and ‘Shweta Ka Swayamvar’ vs.  ‘An Arranged Match’ or ‘Groomnapped’.

Two points that struck me were: number one, the female characters were so much more interesting than the male characters and they were the ones that carried the stories. The male characters were nice but then that is it; they lacked the layers to make them attention-grabbing. It would have been nice to have a thoroughly fascinating male lead thrown in as well in one of the stories. The bad boy, which the heroine falls in love with.  Secondly I know through her other books that Sundari has a remarkable gift of writing poignancy and I would have liked at least one to have such an ending but that is my personal liking and not a reflection on her writing.

This book is definitely worth buying so you can sneak in a short story here and there, whenever you can grab five minutes to read.

Email ThisBlogThis!Share to TwitterShare to FacebookShare to Pinterest
Labels: Kindle Self Publishing. Romance anthology., Matches Made In Heaven, Sundari Venkatraman