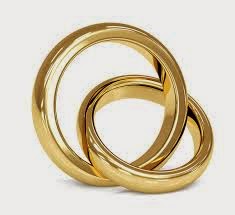 REVIEW OF THE MALHOTRA BRIDE BY SUNDARI VENKATRAMAN

Sundari sheds a spotlight on how marital relationships are formed among some business, upper class families in Delhi. Trapped in a gilded cage, Sunita is a young vivacious girl with stars in her eyes and wants to do what so many other young girls of today want to….just explore life and create a little niche for herself with her experiences and accomplishments. Not too bad…right? Wrong, that is denied to her as it is not how her family operate. The whole family is under the thumb of her business man father and he never lets them forget it.
Akshay on the other hand also belongs to the same class of society but is lucky to be born into a forward thinking, modern household. Even though he is against the whole concept of an arranged marriage, on a whim, he decides to go and see the girl incognito and that is it… he is floored. However he has to tread carefully as Sunita is a nervous filly who is shying away from marriage as well.
The author takes us through the paces and builds up a vivid picture of the internal dynamics of these families and casts a light on society expectations too. Both the characters are well developed as are the supporting characters. The tenderness and protectiveness of Akshay, gives you a nice warm feeling and Sunita is the young wide eyed innocent, unaware of her potential. There were two minor pieces which jarred a bit with me: the first was with what Sunita does when she meets Akshay for the first time to put him off. It was all too clichéd. Though Ms Venkatraman also brings this up when she attributes embarrassment to Sunita for the way she behaved. The second was the whole violent episode at the end; I felt it was very abrupt and didn’t really fit in with the story but then that is just my opinion.


On the whole I recommend it for a very nice light read. Great work Sundari Venkatraman!
Posted by Unknown at 22:47 3 comments:

Our standards of Normal

Just finished reading One Flew Over the Cuckoo's Nest by Ken Kesey and it is one of those books which just come straight at you. Truly a memorable read.

Here is my review of it:

This is a book and then it’s a book, it exists on so many levels and it all depends on where you are coming from. It is set in the 1960's when being politically correct was not a very common term, it was a time of great social upheaval and change and this book reflects all that and more.

Nurse Ratched rules her ward of the mentally ill patients with an iron hand. Any form of dissonance and dissent is quelled ruthlessly by her, through her three 'black boys', medication, therapeutic sessions, and electric shocks among other tools. Thrown into this organically ordered setting is Randal McMurphy a loud, fun loving con artist, gambler and so much more which is only hinted at. In fact he gets himself committed to stay out of a jail work camp as he thinks this is going to be a breeze in comparison. With Nurse Ratched however, he gets more than he has bargained for. When two great forces collide, the struggle has to go on till one gives. Which one is it going to be?
The narrator is Chief Bomden; part Indian part white, a long time patient, who pretends to be deaf to blend in, as it is his way of dealing with all that is happening around him.

The narrative flies straight into your face and is gritty and objectionable in many places. I was uncomfortable with some of the race and gender related epithets as there were phrases we would never think of using now. The standards of medical care applied to the mentally ill were downright disturbing. However as mentioned earlier, one has to remember this was a different time.

On the face of it one sympathizes with the patients and roots for McMurphy in his fight against the tyranny of Nurse Ratched. You shrink from the dark descriptions of what the mentally ill were put through and understand why Chief Bomden chooses to be thought of as mute. However you put the book down and there are just so many questions, it’s like peeling an onion: you look at something different every time you take a layer off.

There was nothing mentally wrong with McMurphy and he was a big disturbance, was the Nurse only trying to do her job of trying to maintain order?
There isn't much background given on the other patients and sometimes you wonder do they really deserve to be there too, as the majority of them are 'voluntary'? Is it just a haven for them albeit in a very twisted way?
Is McMurphy really bothered about the other patients or is he on his own agenda?
Why does he not run away when he gets the chance to do so?
Is what happens at the end poetic justice?
Was it a gender war or was it just the small man versus a Goliath?
What are our perceptions and attitudes towards the mentally ill today?

Above all: (though it isn't specifically mentioned) we get the idea that the narrator Chief Bomden is in there for paranoid delusions. He talks about ‘The Combine’ who has taken over the Indian lands and controls everything. He tells us that Nurse Ratched is the face of ‘The Combine’…so did all this really happen or was it just his paranoia making it all up?