Spotlight on 'Against All Rules' by Summerita Rhayne

Against All Rules
By
Summerita Rhayne 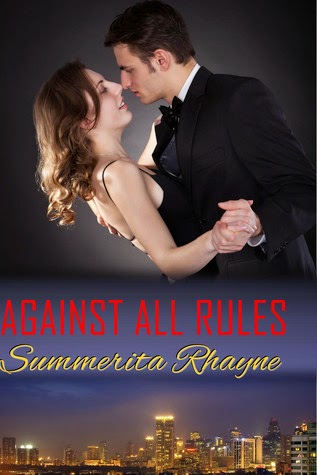 The Blurb
The efficient PA out of her depth...

Samara knows getting attracted to Tahir is like asking for trouble. Not only is he her boss but he’s got divorced recently and has sworn off any commitment. Short term is not on her list buttemptation has never been stronger.


The man who doesn’t have faith in rainbows anymore...


Tahir doesn’t believe in enforcing a code of conduct he cannot follow. But Samara might just make him make an exception! An affair at the office might seem a solution to his troubles but how can he avoid treading uncharted territory…?


…when fire is set, it’s hard to avoid the blaze

Summerita Rhayne loves to write sensual and emotional romance. There's no knowing when some quirky - or sometimes even not so quirky - happening in daily life might trigger her right brain and then she's off craving a new story. She loves writing characters who learn and grow and find their way out of their troubles and emotional hang-ups. Hot, sensual heroes and sassy but sweet heroines mostly fit the bill in her stories. She also believes that a touch of humor never goes amiss in a book.

She divides her time between family, job and writing - and loves winding down with music, movies and the internet!