Nirbhaya, you were a decent girl.

On International Woman's Day a documentary is to be aired about the people who were involved in the horrific Nirbhaya rape case in December 2012. 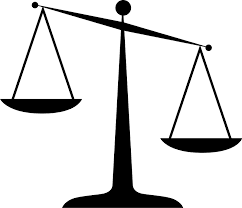 It makes me sick to even read what Mukesh Singh (one of the accused and his lawyers) have to say. Forget remorse, they actually seem to deem, that they did what was justified under the circumstances.

It is hard to believe that as fellow human beings they are so singularly lacking in any sort of guilt and sorrow that even after they left the poor girl tortured, broken and bleeding at the side of the road they have the gall to say this.........

“When being raped, she shouldn't fight back. She should just be silent and allow the rape. Then they'd have dropped her off after 'doing her', and only hit the boy,” Singh is quoted as saying.

He also says if the rapists are executed, life would be more dangerous for rape victims in the future.
“Now when they rape, they won't leave the girl like we did."
(Do they actually believe they deserve praise for what they did?)

Their lawyers are educated men, so it is even harder to stomach their views on the subject.